Review paper published in the Journal of Materials Chemistry A (JMCA) 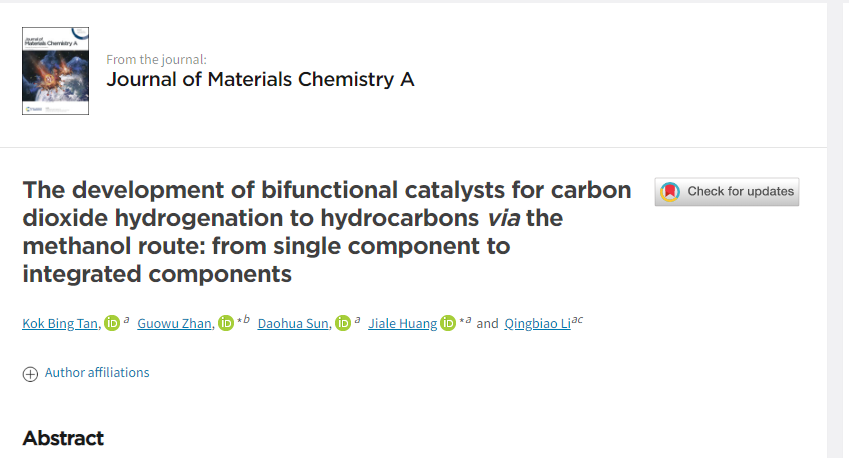 Recently, Dr. Kok Bing Tan, a postdoctoral researcher in the research group, has written a review paper on the bifunctional catalysts for CO2 hydrogenation into hydrocarbon via methanol route. The related review paper “Development of Bifunctional Catalysts for Carbon Dioxide Hydrogenation into Hydrocarbons via Methanol-Route: From Single Component to Integrated Components” was published in the international authoritative journal Journal of Materials Chemistry A (JMCA). JMCA is a highly influential international journal in the field of materials chemistry in the Royal Society of Chemistry, with an impact factor of 11.301 in 2020.

The research was funded by the National Natural Science Foundation of China.